A common theme for all mergers in the public sector banking industry is that the CEOs of the banks involved were not in the know, in most cases. For the set of four mergers to create NextGen banks, the Department of Financial Services (DFS) in the finance ministry had been collecting data from all banks for over a year but none of the senior management at the banks had any clue what would be the combination and who the anchor banks would be.

On the day Sitharaman announced the mergers, the MDs of the ten banks and a few more were called to Delhi for a briefing just ahead of the finance minister’s press conference.

The CEOs of a few banks that were not due to be merged were also called in to create a smokescreen and thus, not let people know the exact contours of the mergers until the announcement. This is because the banks are listed and merger is price-sensitive information. Immediately after the announcement, the senior management had to face the media and they did so with aplomb, as warriors for the government.

Arun Tiwari, MD of Union Bank of India, who headed a work group on risk management, at the Gyan Sangam 2.0, sent a presentation to Niti Aayog CEO, Amitabh Kant, suggesting a merger between two Mumbai-based banks – Union Bank of India and Bank of Baroda.

One of the key advantages was their uniform technology platform – both used Finacle 7. The work on the merger started with V.S. Narang, a general manager of Bank of Baroda, camping at his bank’s Ballad Estate, Fort, Mumbai office, coordinating the project, in which Union Bank was codenamed ‘Zen’.

Tiwari retired in June 2017. His last board meeting passed a resolution on exploring merger with another bank, without naming Bank of Baroda.

When Rajkiran G. Rai, an executive director of Oriental Bank of Commerce, took over as MD of Union Bank in July 2017, he arrived with a mandate of merger from the finance ministry even though informally the work on the merger had already begun in March.

Rai took over in July but his appointment was announced two months ahead of the end of Tiwari’s term. Rai used this time to sift through the P&L data of Union Bank at his Oriental Bank of Commerce office at Harsha Bhavan in Connaught Place, preparing himself for the next big job.

Unlike most other PSBs, Union Bank has never posted a loss. It had always been in profit. It could do so only by being very miserly in making provisions for bad loans.

The bank needed to make hefty provisions to actually clean up its balance sheet but where would the money come from? Rai spent most of his first month in the new assignment to crunch the data and create a vision document for Union Bank. On 29 July, he made a two-hour presentation to the top 100 executives of the bank at Delhi’s JW Marriot Hotel, holding a mirror to them.

The gist of the presentation was: Union Bank had not provided as much as it should have for bad loans. It would need around Rs25,000 crore for provisioning. From its operating profit, it could plough back about Rs15,000 crore but the rest would need to come in the form of capital infusions.

Until June 2017, Union Bank kept on posting net profit, quarter after quarter. But after Rai took over, its net losses over the next three quarters were Rs1,530.72 crore, Rs1,249.85 crore and Rs2,583.38 crore, respectively, as Rai decided to clean up the balance sheet by setting aside money for bad loans.

The merger idea cropped up when Tiwari was on his way out. Bank of Baroda’s PS Jayakumar, who was a new entrant in public sector banking, was keen to push it forward. A former Citibanker and CEO of VBHC Value Homes, Jayakumar took over as Bank of Baroda boss in October 2015. He was one of the first two recruits inducted from outside the public sector banking industry. (The second executive, Rakesh Sharma [who now heads IDBI Bank], was picked up from Lakshmi Vilas Bank Ltd to head Canara Bank, but he was originally from SBI and had just a 18-month stint at the private bank.)

Rai took his executive director Atul Kumar Goyal (later MD of UCO Bank) and a general manager, Nitesh Rajan, into his confidence and tasked them to do the homework for the merger. Many rounds of discussion later, both Rai and Jayakumar understood the banks were not prepared for the merger.

In August 2017, Bank of Baroda wrote to Anjuly Chib Duggal, the financial services secretary, detailing the benefits and challenges of the merger. While the merged entity would become the second largest bank in the country by assets and have a large base of low-cost deposits, the challenges outweighed the benefits.

Stating that ‘research typically reveals that only 30 per cent of mergers become successful and result in realisation of the estimated synergies and benefits,’ the note highlighted capital constraints as the biggest challenge.

It said that internal estimates of ‘Zen’ put the provision requirements for bad assets for fiscal year 2018 at Rs9,500 crore and asked for a capital infusion of at least Rs3,500 crore by the government. That may have put a spoke in the government’s wheel.

A merger has all along been on the plate of Union Bank of India. The media was already talking about the possibility of its merger with Bank of India in 2005. If that had happened, it would have created India’s second largest commercial bank after the SBI. It was to be consummated in April 2005 but the plan had started two years before.

Finance Minister P. Chidambaram had flagged off the issue of banking sector consolidation during the IBA’s annual general meeting in August 2004.

Even before that, in 2003, Union Bank hit upon the idea of a possible merger. V. Leeladhar was its chairman then and M. Venugopalan was the executive director. Both were on the same page and once Venugopalan moved to head Bank of India, they started discussing it with all seriousness.

Janmejaya Sinha, then India MD of global management consulting firm BCG, got involved and a committee was set up to look into all possible aspects of the merger. Again, the uniform technology platform was a big advantage. Both banks were operating on Finacle CBS of Infosys.

On 22 July 2004, Leeladhar even made a presentation to Chidambaram. He was carrying four slides to sum up the discussion – FM against it, FM has low interest in it, FM is interested but not engaged, and FM is interested and engaged.

Chidambaram picked the fourth one.

BCG was not officially engaged on the merger. It was supposedly working with Bank of India on its business process engineering, and its mandate with Union Bank was to make different products more profitable. Under the guise of these assignments, BCG was quietly working on the merger.

The merged entity would have an asset base of at least `1.43-lakh crore and emerge as the second largest commercial bank in the country, overtaking ICICI Bank. It would have a network of 4,582 branches and over 68,000 employees.

According to the plan, around 200 branches of the new entity were to be closed while 500 new ones to be opened to tap new businesses, taking the total number of branches to 4,882, while leading to an annual saving of `300 crore for the new entity.

Leeladhar left the bank reluctantly to become a deputy governor at the RBI in September 2004, because he thought pushing the merger through was a much bigger assignment than becoming a central banker. After he left, it was Ratnakar Hegde, the executive director, who was running the Union Bank. Venugopalan retried as Bank of India boss on 31 March 2005. (After this stint, he headed Federal Bank Ltd.)

The minutest details of the merger were overseen and finalised by Vinod Rai, then the additional secretary in the finance ministry’s banking division. Union Bank of India’s emblem, the sun, was to give away to Bank of India’s star.

All these were discussed at the board meetings of both banks. But the merger did not happen because of the fierce opposition put up by A.B. Bardhan, a trade union leader and former general secretary of the Communist Party of India, which supported the UPA-led government, running the country at the time. 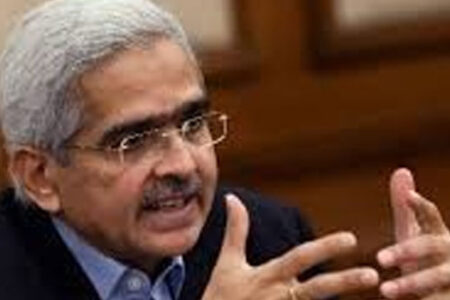 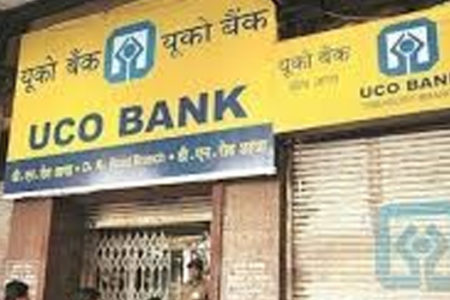 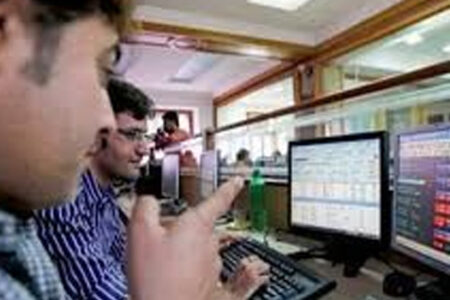