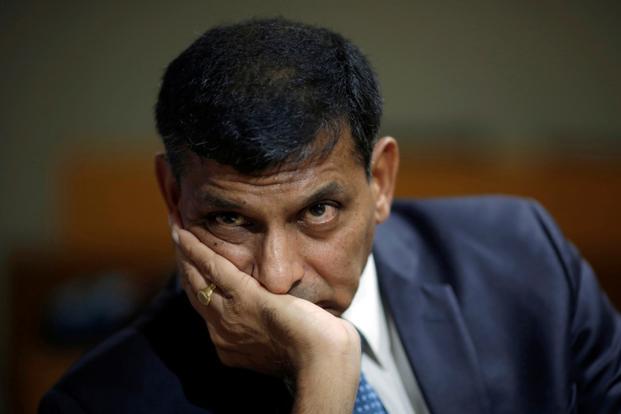 At first glance, the title of professor of finance at the Universe of Chicago and former Reserve Bank of India (RBI) governor Raghuram Rajan’s latest book, I Do What I Do, sounds combative.

Following the best practice of governance, Rajan didn’t discuss anything related to central banking in India for a year after he left RBI. The launch of his book in three Indian cities last week also coincided with the completion of the first year of his successor at RBI Urjit Patel, the publication of the central bank’s balance sheet which revealed that close to 99% of the currency demonetised has come back to the system, and a sharp drop in India’s economic growth in the first quarter of current fiscal year ending 30 June.

From the author’s point of view, the timing could not have been more appropriate. The treatise on “dosa economics” is selling like hot cakes (I witnessed this at Mumbai and Bengaluru airport book stalls). At the same time, people in certain quarters are seeing Rajan turning into a street fighter, taking on the Narendra Modi government as he still cannot get over the unhappiness of not being given a second term. Such a fight will not necessarily improve RBI’s relationship with the government or help the cause of central bank’s autonomy, they say.

First, on the title of the book. In one of his post-monetary policy press conferences, the reporters asked Rajan whether he was a dove like Janet Yellen (current chair of the board of governors of the Federal Reserve) or a hawk like Paul Volcker (Federal Reserve head between August 1979 and 1987). With a James Bond-ish swagger, Rajan replied, “My name is Raghuram Rajan and I do what I do.” That became the headline in business newspapers the next day. The title could be more of a marketing ploy for the book than a signal to the government.

Rajan, appointed by the Manmohan Singh-led United Progressive Alliance government for a period of three years in September 2013, took charge as India’s chief money man when the rupee was in free fall, inflation was in double digits, the current account deficit was at a record high and India’s foreign exchange reserves were depleting.

None can question the deftness with which he handled the situation and his aggression in pushing the reforms agenda once the macroeconomic scenario got stable. Among many policy moves, he opened up the banking sector, intensified competition, forced banks to start recognizing bad assets and put the fear of god among corporate defaulters.

While releasing the book, he spoke on non-banking issues ranging from problems with exports to the importance of tolerance in Indian culture (something which he had done as RBI governor in the past) and newspapers and television channels lapped that up. But there is no privileged information in the book that violates the oath of secrecy which he took when assuming office.

Unlike the books of Y.V. Reddy (Advice and Dissent: My Life in Public Service) and Rajan’s immediate predecessor D. Subbarao (Who Moved My Interest Rate), Rajan’s book is not autobiographical. It is primarily a compilation of the speeches that he had given as the RBI governor and his message to the central bank employees when he decided not to seek a second term, adding context to them which adds value to the content. This is not a tell-all book. Rajan is not loud; he is circumspect and there is a coherent pattern through all his speeches—taking forward the reform agenda in Indian banking and financial sector.

The book also has a section on the global financial crisis and lessons from the Great Recession as well as a few “occasional” pieces on democracy in Iraq and collateral effects of quick-fix solutions to complex problems, among others. There is only one speech addressing the students (his last speech at St Stephen’s College in Delhi on RBI’s autonomy and responsibility) but through the book one gets the feeling that Rajan the academician is in conversation with a bunch of curious students, exciting them about the economy and central banking in a simple way and urging them to take up economics seriously.

(Incidentally, eight months after leaving office, Reddy published India and the Global Financial Crisis: Managing Money and Finance—a compilation of 23 speeches that he had delivered plus an introduction and an epilogue, explaining his compulsions and now-famous “creative tensions” between RBI and the finance ministry.)

The only “news” in Rajan’s book is a few paragraphs in the introduction where he explains his stance on demonetisation. This is his reaction to various press reports which initially suggested that he was against the move (citing government sources) and later said he was “on board”.

By making his stance on demonetisation public, he has possibly served a critical purpose of making clear that RBI did not support the move, it was at best a passive partner. Had the government taken the ordinance route for demonetisation—which it had done on past two occasions in 1946 and 1978—then RBI would not have got the flak.

A February news report in The Indian Express says that briefing the Public Accounts Committee on 10 February, then secretary, economic affairs, Shaktikanta Das, said that a discussion between the government and RBI started, at a very high level, in February 2016 and “from March and April 2016 onward, the RBI and government, had very active, internal discussions”.

The Economic Times in May cited unnamed people as saying Das told members of the Parliamentary Standing Committee on Finance that Rajan “was on board” when finance ministry officials and the RBI brass “firmed up a decision in May 2016” to recall Rs500 and Rs1,000 notes.

Rajan’s book demolishes this claim. It “clarifies” that in February 2016 when the government asked his views on demonetisation, “in no uncertain terms” Rajan expressed his reservations against it, saying short-term economic costs would outweigh long-term benefits and there were “better alternatives to achieve the main goals” (unearthing black money, fighting terror finance and fake notes). When he was asked to prepare a note, he reiterated this, outlined the preparations needed for it and also what would happen if the preparation was inadequate. “At no point during my term was the RBI asked to make a decision on demonetisation,” Rajan writes.

We cannot get hold of the note through the Right to Information Act or RTI as it’s an informal note. I presume the only other person in RBI whom Rajan had consulted at the time is former deputy governor R. Gandhi, in charge of currency management (Patel was taken into confidence after he was made governor-designate in August). Rajan’s take on the RBI role in demonetisation can be a valuable input for the parliamentary panel which is looking into it.

Why has Rajan written this book?

As I have already said, for most part of the book it’s Rajan the academician speaking. It seems that as a former RBI governor, he wants to put the record straight that the central bank was not a party to demonetisation and to that extent he wants to rescue the reputation of the institution. He is also warning against repetition of such a move in future.

Will the government listen to him? Historically, the government—irrespective of its political affiliation—never listened to the RBI governor on such a move. C.D. Deshmukh (August 1943-June 1949) was against it in 1946 and I.G. Patel (December 1977-September 1982) did not support it in 1978. Patel recalled in his book, Glimpses of Indian Economic Policy: An Insider’s View, that when finance minister H.M. Patel informed him about the decision to cancel high-denomination notes, he had pointed out that such an exercise seldom produces striking results as most people who accept black money do not keep their ill-gotten earnings in the form of currency for long.

Incidentally, following the 1946 exercise, out of Rs143.97 crore of the high-value notes, Rs134.9 crore returned to the system and a little over Rs9 crore was demonetised. While this information is culled from RBI publications, going by a report in The Hindu Business Line, about 86% of high-denomination currency returned to the banking system in the aftermath of the 1978 exercise. The result of the latest demonetisation drive, purely from the point of view how much money returned to the system, is far worse. An estimated Rs15.28 trillion of Rs15.44 trillion or 98.96% has come back.

The book could be an attempt to restore RBI’s reputation but can Rajan do what Desmukh and Patel could not—convince the governments in future against treading this path? If that happens, he can title his next book, ‘I do what I can do’. 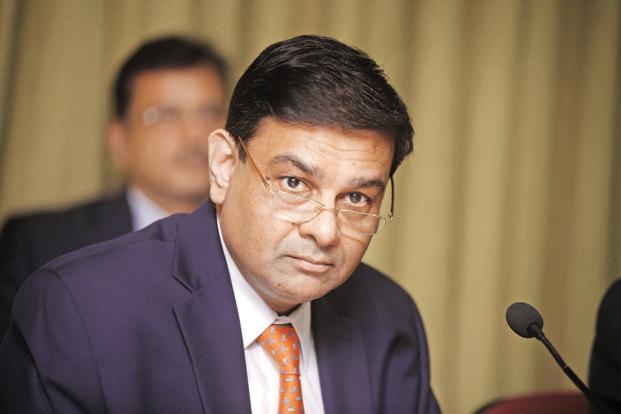 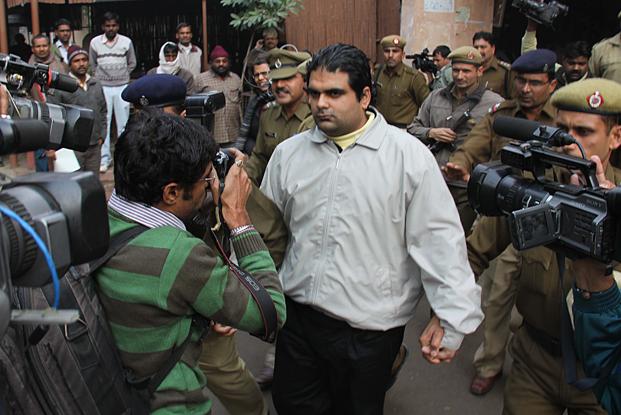 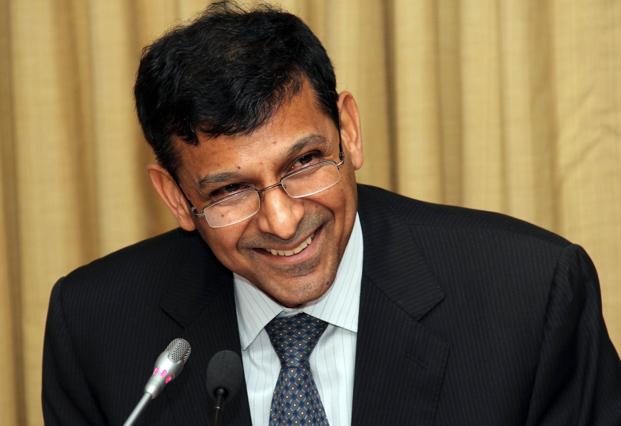