Punjab National Bank (PNB) has reported a record Rs13,417-crore loss for the March quarter (Q4). All eyes are now on State Bank of India (SBI), the nation’s largest lender.

It will certainly report a loss on Tuesday, more than what it had posted in the December quarter (Rs2,416 crore) but may not surpass that of PNB.

Two critical factors will impact the quantum of SBI’s loss in Q4—provision for the erosion in the value of its bond portfolio as well as the bad assets referred to the National Company Law Tribunal (NCLT) for resolution.

When the prices of bonds drop, their yields rise; the banks need to make good the loss in the value of their bond portfolio. The Reserve Bank of India (RBI) has allowed the banks to spread the provisioning for depreciation in the bond portfolio over four quarters. Will SBI take advantage of that? Or, will it take the hit at one go in Q4?

Similarly, RBI has relaxed the provision norms for the bad loans referred to the NCLT. It had initially wanted banks to provide for 50% of secured loans upfront but later brought it down to 40%.

SBI has referred at least Rs78,000 crore worth of high-value bad loans to the NCLT. In many cases, the bank had already provided 50% or more but the prospects of recovery in some of the cases have brightened. Will SBI write back part of the excess provision already made?

SBI’s loss will certainly be less than PNB’s but more than that of Canara Bank (Rs4,860 crore).

Will SBI see good days after the March quarter? Since 2010, successive SBI chiefs have been making statements, saying the worst has been over on the NPA front. Is the current boss Rajnish Kumar too promising the worst is over? I would not be surprised if SBI ends up reporting a loss in the June quarter too, but it may see happier days from the second quarter of the current fiscal year with NPAs going down, recovery of bad assets and higher fee and interest income.

Kumar is quietly making some key structural changes in SBI. In his scheme of things, profitability is more important than expanding the balance sheet.

Incidentally, more than half of SBI’s loan book now is made of retail assets where the margin is higher. It is also focusing on fee income, aggressively.

Among other things, Kumar has changed the mandate of the bank’s corporate accounts group (CAG) which has been handling large loans of Rs500 crore and more since mid-1990s. Now, CAG will focus only on companies with at least AA rating where the probability of default is very low. Along with this, the credit review department has been revamped and the multi-tier credit committee has been reconstituted to ensure the quality of loan assets.

Going beyond credit lines, SBI is also forging relationships with large corporations which may not have loan requirement but present other business opportunities such as vendor financing, supply chain management, among others. More importantly, Kumar has curtailed the role of SBI Capital Markets Ltd, its merchant banking unit, in project financing.

From now on, SBI Caps will focus on investment banking and not team up with the parent for advisory on projecting financing and loan syndication, in which it has traditionally been involved. Doing it directly, the bank will cut down the turnaround time of sanctioning project loans. A well laid-out succession plan, faster promotions and greater emphasis on training complete Kumar’s idea of a new SBI.

Roughly, one out of every three Indians is an SBI customer. Its 278,000 employees serve them through 24,000 branches and 59,000 ATMs across India. Kumar can win his battle against NPAs and lift the bank to the next orbit only if he gets government support in terms of freedom of not doling out money to certain sectors where recovery is tough for many reasons as well as keeping the morale of his colleagues high, by encouraging them to lend and rewarding them for good work, including giving stock options—a proposal long pending with the government. 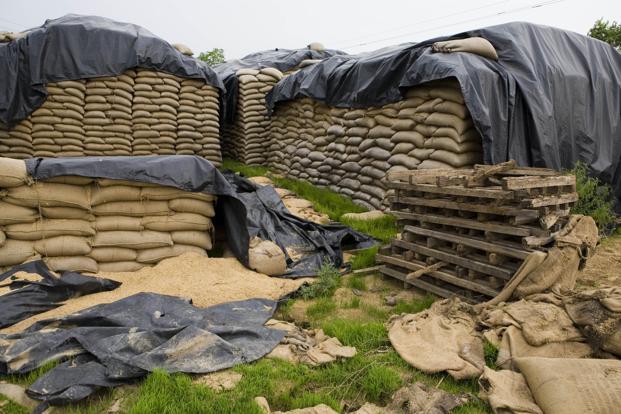