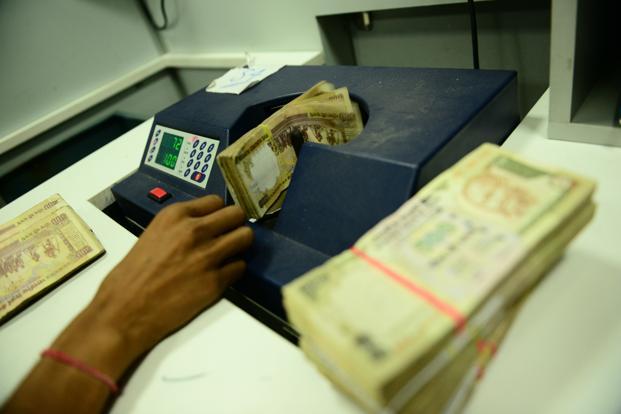 An entity’s unsuccessful attempt to get a banking licence will not come in the way if it plans to buy a stake in an existing bank, Reserve Bank of India (RBI) deputy governor R. Gandhi said last week. He doesn’t think that such a move would amount to back-door entry into banking. “They might have been rejected for bank licence but here they are going to come as a shareholder. It won’t be a bar just because their licence application was rejected,” he told reporters on the sidelines of a function in Mumbai. Although Gandhi did not name any company, his comments are keeping speculation on merger talks between L&T Finance Holdings Ltd, the non-banking financial arm of Larsen & Toubro Ltd (L&T), and Yes Bank Ltd alive for the time being.

Both Yes Bank and L&T Finance have denied news reports on their merger talks. In a stock exchange notice, Yes Bank said, it “does not comment on speculative news appearing in the media”, adding that the “bank keeps on evaluating capital raising alternatives, and has obtained board approval to raise equivalent of $500 million of fresh capital in…fiscal 2014-15”. L&T Finance, too, does not comment on speculative news. “As a part of its normal course of business, the company keeps evaluating opportunities on both organic and inorganic basis. The investors/stock exchanges would be informed as and when definitive developments take place,” it said.

Still the speculation is not dying down. There are two versions of the story doing the rounds. People close to Yes Bank are saying this is L&T Finance’s wish and the bank has no role to play. The L&T arm was one of the 25 applicants for a banking permit and was perceived to be a strong contender. Apparently, anticipating a licence, it had made many senior appointments and, instead of sacking them, it is exploring opportunities to get into banking. In the past few years, it has diversified its businesses by acquiring Indo Pacific Housing Finance Ltd; Family Credit Ltd, an auto and two-wheeler financier; and Fidelity’s mutual fund to grow its fund management portfolio. It also owns 4.55% stake in City Union Bank Ltd through a subsidiary. The other side of the story, narrated by people close to L&T Finance, is that the bank is the suitor. The reason? It has perception problems. Some analysts say Yes Bank suffers from asset-liability mismatches as it lends long but its resources are of short tenure. Secondly, its cost of fund is high as it depends on high-cost bulk deposits and inter-bank borrowings. Indeed, its low-cost current and savings accounts have doubled from 11.30% of total deposits in March 2011 to 22% in March 2014, but that’s not enough to bring the overall cost down.

They also say the bank front-ends its future income by converting part of future interest income into fee income. (To be sure, many banks do that. For instance, a bank can settle for a 12% interest with a borrower who actually needs to pay 14% on a five-year loan and the present value of the rest 2%, which would have come in five years can flow in instantly as fees). Finally, some analysts are also sceptical about the bank’s quality of assets—it has exposure to real estate. Yes Bank insiders, however, rubbish these allegations, saying that the bank is subjected to RBI inspections and the regulator has not detected any of these and its gross bad loans are only 0.31% of total loans.

Even though Gandhi has said RBI would have no objection if an unsuccessful banking applicant wants to buy a substantial stake in a bank, a question remains. How would an entity which was not considered fit and proper to set up a bank be allowed to acquire a bank? Besides, RBI has strong reservations about a non-banking finance company (NBFC) taking over a bank. There have been cases though where banks and financial institutions have taken over NBFCs. In 2004, IndusInd Bank Ltd took over Ashok Leyland Finance Ltd, a group company. Much before that, ICICI Ltd took over ITC Classic Finance Ltd and Anagram Finance Ltd.

However, the bank can take over the NBFC and, rechristened as L&T Yes Bank Ltd, it can operate under the L&T umbrella. Rana Kapoor, one of the founders and chief executive officer of the bank, holds a 13.72% stake, and another promoter, the late Ashok Kapur’s successors, hold 11.92%. They can gradually sell their holdings, paving the path for dropping Yes from the name. Depending on the swap ratio (if indeed the deal happens, it will be based on share swaps), L&T’s 76.21% stake will come down. Since RBI rules don’t allow the promoter of a private bank to hold more than 10%, L&T can buy time from the regulator to dilute stake and bring it down in a few years by offering shares of the bank to its own shareholders.

It will be a win-win deal for both. For Rana Kapoor, who has been fighting a legal battle with Madhu Kapur, widow of co-promoter Ashok Kapur, it could be an opportunity to put the bitter fight behind and continue building the institution. Ashok Kapur’s widow Madhu Kapur moved the court when her daughter Shagun Gogia was denied a seat on the board of the bank. The family also feels the bank is not giving recognition due to the late Ashok Kapur for its success. Yes Bank maintains that the rejection of Gogia’s nomination is purely a professional decision.

The merger will also give stability to the bank and help it broadbase its loan book through L&T Finance’s exposure to retail loans. For professionally managed L&T, it will fulfil its dream of having a bank under its fold.