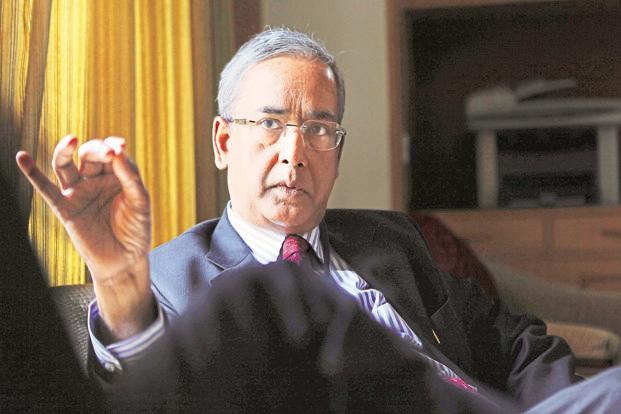 U.K. Sinha’s six-year term (with two extensions) as head of the Securities and Exchange Board of India (Sebi) ends on Wednesday. His three predecessors—C.B. Bhave, M. Damodaran and G.N. Bajpai— had a three-year term each. In Sebi’s 25-year history, only one chairman had a longer tenure than Sinha—D.R. Mehta, for seven years.

How will Sinha be remembered as the markets regulator? What’s the legacy Sinha, a 1976-batch Indian Administrative Service (IAS) officer from the Bihar cadre, leaving behind?

In some sense, he is like Mahendra Singh Dhoni, who quit captaincy after doing wonderfully well in all three formats of the game—Tests, One-Day Internationals and Twenty20. All the markets that Sebi oversees have been booming. The Sensex, BSE’s benchmark equity index, is 1,281.42 points shy of its all-time high. It has gained 63% or 11,014.71 points since 18 February 2011, when Sinha took over the mantle at Sebi (it was at 17,728.61 points then). Money raised through corporate bonds in the first 11 months of the current fiscal year is around Rs5.4 trillion, the highest ever. The assets under management of India’s mutual fund industry in January were Rs17.37 trillion, the highest, and two-and-a-half times of what they were in February 2011 (Rs7.07 trillion). So far this fiscal year, at least Rs25,282 crore has been raised through initial public offerings (IPOs) by 21 companies.

Another way of remembering Sinha could be as a market regulator who had fought five public interest litigation (PIL) cases in India’s highest court that challenged either his appointment or extension of terms. The last such case was dismissed in April 2016; the first was filed in September 2011.

Many believe that some of the industrial houses, upset with Sebi’s actions against them, have been behind such PILs. In fact, dismissing one such case in November 2013, Supreme Court justice Surinder Singh Nijjar observed, “It is a well-known fact that in recent times, Sebi has been active in pursuing a number of cause célèbre against some very powerful business houses. Therefore, the anxiety of these business houses for the removal of the present chairman of Sebi is not wholly unimaginable.”

Indeed, in a couple of high-profile cases the initiative was taken either by Sinha’s predecessor or the government but to his credit, Sinha took the fights to their logical end.

One such case is against Subrata Roy’s Sahara India Financial Corp. Ltd, the nation’s largest residuary non-banking financial company. In November 2010, Sebi (when Bhave was its chairman) banned the group from raising money from the public in any form after a thorough investigation, leading to a long legal battle in high courts and the Supreme Court. After Bhave stepped down in February 2011, Sinha steered the fight for a refund of the Rs24,000 crore which the Sahara group allegedly raised from the public but never returned. Roy is now on parole after spending two years in Tihar Jail.

While Bhave started the probe against Sahara and Sinha closed it, in the case of National Spot Exchange Ltd (NSEL), the Congress-led United Progressive Alliance government took the lead. The exchange’s licence was issued by Sebi under Sinha’s predecessor, but after the controversy broke in 2014, Sebi and then commodity markets regulator, Forward Markets Commission (FMC), declared Jignesh Shah, founder of Financial Technologies (India) Ltd and NSEL, not fit and proper to run an exchange. The Economic Offences Wing of Mumbai Police, Enforcement Directorate and the Maharashtra government registered cases against him and Shah was sent to jail. FMC was ultimately merged with Sebi and the transition has been smooth.

Taking on the high and mighty

There are quite a few other cases where Sinha has taken on the high and mighty. One such case relates to India’s largest real estate developer DLF Ltd. In October 2014, Sebi restrained DLF and six of its senior executives including its chairman K.P. Singh, from accessing the securities market for three years after finding them guilty of furnishing wrong information and misleading investors during the firm’s Rs9,187.5 crore IPO in 2007. It also imposed a penalty on the company. The case is still being fought but DLF has not got any relief from the ban on entering the capital market.

Sebi also clamped down on the Saradha Group, the Rose Valley Group, MPS Greenery Developers Ltd and at least 300 other companies running so-called collective investments schemes (CIS) to raise money from the public. Many of the promoters of these firms enjoyed active political patronage. They have raised at least Rs30,000 crore from gullible investors.

The Trinamool Congress’s Rajya Sabha member Kanwar Deep Singh and his associates were barred from entering the capital market and his company Alchemist Capital Ltd was directed to refund money to its investors with compounded interest. Similarly, the Sai Prasad group of companies, owned by a Nationalist Congress Party leader, was pulled up for allegedly cheating investors.

Another big case involved Pearls Agrotech Corp. Ltd (PACL), which raised around Rs49,000 crore from at least 58.5 million customers through a CIS, promising land allotments. Incidentally, Sebi first acted against PACL in 2002 when Bajpai was the regulator’s chairman. Sebi also moved the Australian Federal Court, following a $133 million money trail that flowed from PACL to its Australian subsidiaries. Between 2009 and 2014, PACL allegedly siphoned off this money to Australia, according to Sebi.

To sure, while Sebi has been very aggressive and many orders have been passed banning companies involved in raising money through CIS, it hasn’t had much success in terms of restoring money to investors.

Sebi under Sinha has not only taken on politically connected promoters as well as the shadow banks, the weak underbelly of Indian financial system, but also not been shy of probing allegations against large business houses when it comes to corporate governance.

However, Sinha has not succeeded in every case against large corporations. The Reliance Industries Ltd (RIL) case is yet to be resolved. In 2013, after rejecting RIL’s consent plea three times, Sebi took the case out of the scope of the consent process. In March 2016, it dropped insider trading charges against Reliance Petroinvestments Ltd (RPL), an erstwhile unit of RIL, after its probe failed to establish that the company had access to inside information. In 2013, Sebi had passed an order imposing a Rs11 crore penalty on RPL but the order was quashed by Securities and Appellate Tribunal (SAT).

Indeed, there are instances of Sebi orders being shot down by the appellate authority but it may not be fair to blame the market regulator for shoddy investigations as the number of orders endorsed by SAT are far higher than those rejected.

Also, the impression that Sebi has miserably failed in forcing government-owned companies to follow the 25% minimum public shareholding norm may not be entirely correct. In 2012, Sebi gave all listed entities 18 months to meet the minimum public holding norm and by June 2013 it was ready with orders against 104 companies which failed to comply. In the first stage, state-owned firms were to have 10% public holding. There was resistance but Sebi made them follow the rule despite opposition from some state governments. By August 2017, all state-owned companies will also need to have at least 25% public shareholding.

In the recent past, Sebi has firmly dealt with the co-location issues at the National Stock Exchange, without destabilizing the largest stock exchange in India. It inducted a new set of public interest directors, led by former Competition Commission of India chairman Ashok Chawla, and sent its own Technical Advisory Committee to probe the matter, which finally led to the ouster of the exchange’s boss Chitra Ramkrishna. Sebi is following up on the findings of Deloitte India to take the probe to its logical end and one hopes that it takes necessary steps to clean the system.

No major market misdemeanour happened during the Sinha regime. Slightly built, the 5’6”-tall Sinha has strengthened the supervision and surveillance wings of Sebi—giving it both teeth and guts.

His successor Ajay Tyagi, also from IAS, faces the twin challenges of technology and keeping employee morale high. Sebi needs to invest in technology to ensure greater compliance and in the interests of cybersecurity. And it needs to empower and encourage its officers to go after large and powerful defaulters. 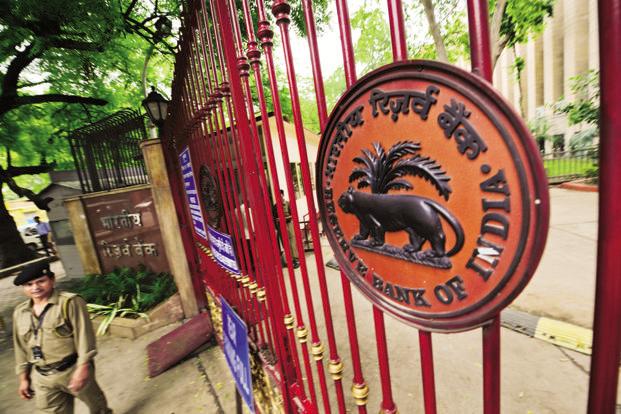 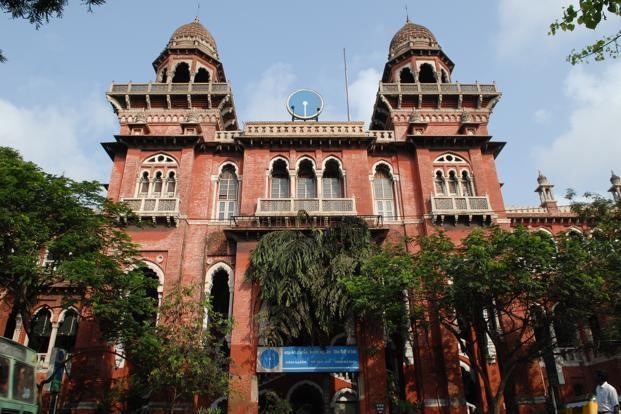 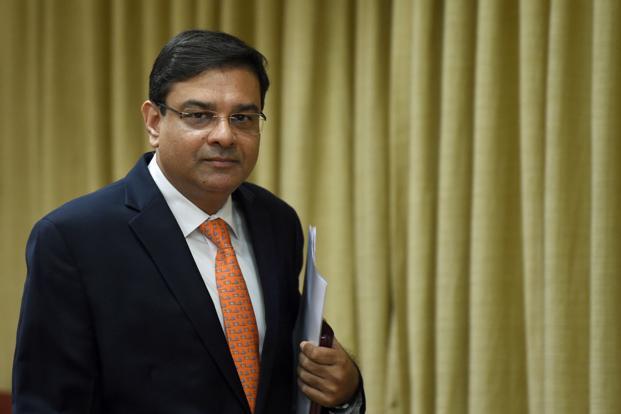