A few traditional investors in microfinance companies in India seem to be a disappointed lot these days. They say there’s too much hype about how micro loans change people’s lives but the ground reality is very different.

The investors make money for a few years and then lose it over the next few years for reasons ranging from political interference to loan waivers during state elections, natural calamities and now also because of the once-in-a-century pandemic, Covid-19.

They are curious to know how micro loans have helped in poverty alleviation. Yes, poor people’s dependence on informal financing has reduced but not fully since micro lenders meet their demand for money only partially. People still need to raise money from the loan sharks to tackle health issues and for other emergency needs as also for children’s education. Microfinance institutions (MFIs), particularly the NBFC-MFIs and banks, can only give them loans for productive purposes.

As investors, they see the MFIs in Bangladesh doing a better job at pulling people out of poverty, and those in Indonesia offering higher returns on investment. At least one large MFI has been trying to raise money from investors for the past two years, without success. This is a testimony to their change in approach to the industry.

Last year, the International Monetary Fund’s Alfred Schipke said at a roundtable: “We estimate that globally people who have been pushed into extreme poverty or those surviving on $1.90 a day have gone up by 100 million. A large part of that, 50 per cent or 50 million, are estimated to be in India.”

According to the World Bank, India’s poverty rate will ease but will still remain closer to 10 per cent. The poverty rate, internationally calculated as the percentage of population living on less than $1.9 a day, will ease to 7 per cent in the financial year 2022, ending this month. The rate had gone up to 12.3 per cent in FY21.

Similarly, a May 2021 report by Azim Premji University pointed out that as the pandemic and the lockdowns wreaked havoc on the economy and livelihoods, around 230 million Indians were pushed into poverty. The report added that the rural poverty rate increased by 15 percentage points and the urban poverty rate by nearly 20 points.

All of this data has taken into account the impact of the pandemic on India. But several economists believe that poverty levels as well as the absolute number of poor in India had risen between FY12 and FY18. Quoting Santosh Mehrotra (research fellow, IZA Institute of Labour Economics, Bonn) and Jajati Keshari Parida (who teaches economics at the Central University of Punjab), a November 2021 article in The Indian Express said even though the incidence of poverty has dipped marginally — from 21.9 per cent in 2012 to 20.8 per cent in 2020 — India has witnessed an increase in the absolute number of poor.

Finally, the website of the SOS Children’s Villages in Canada says, “Two-thirds of people in India live in poverty: 68.8 per cent of the Indian population lives on less than $2 a day. Over 30 per cent even have less than $1.25 per day available — they are considered extremely poor. This makes the Indian subcontinent one of the poorest countries in the world.”

The Microfinance Institutions Network (MFIN), a self-regulatory organisation (SRO) of the microfinance industry, claims microfinance has made immense contributions in promoting financial inclusion over the past decade by providing doorstep access to credit and insurance services and employment through micro-enterprise development.

It also says the number of people employed by the industry has gone up from 69,000 to at least 400,000 in the past decade. Quoting a report by the National Council of Applied Economic Research, MFIN says during 2018-19, the microfinance sector created around 12.8 million jobs directly and indirectly. Besides, at least 120 million people have got insurance cover – both for credit and their lives. Around 98 per cent of the microfinance clients are women.

Finally, 90 per cent of the loans are being disbursed directly through bank accounts, and collections too are being increasingly done digitally. The cashless loan disbursements are creating savings habits among the borrowers.

This brings us to the classic question: Is the glass half empty or half full? I can be diplomatic and just say: “Beauty lies in the eyes of the beholder.”

On a serious note, the Reserve Bank of India has its task cut out. In June 2021, the central bank released a consultative document on microfinance regulations, proposing radical changes. The plan is to waive the limit that does not allow more than two NBFC-MFIs to lend to one borrower and the limit on the amount of loan would be based on the debt-income ratio of a household. It wants to cap the payment of interest and principal for all outstanding loans by a borrower at 50 per cent of the household income.

But the RBI has not said what the maximum household income to get the micro borrower tag will be. Currently, the ceiling on loans is Rs1.25 lakh (it cannot exceed Rs75,000 in the first cycle). This needs to be raised. Many micro borrowers who need it should be given more money if we want to rescue them from money lenders.

The RBI proposal is also in favour of doing away with the prevalent norm that 50 per cent of the loans must be for income generation. The wall between income-generating and consumption loans is being pulled down. The lenders can give loans for education, medical expenses, household assets, consumption and even repayment of high-cost loans taken from money lenders.

Finally, the RBI wants to do away with the cap on loan rates. That will be left to the market. All these are welcome moves as they will intensify competition in the industry and help expand the MFI footprint to new geographies.

Along with these, the RBI needs to change the prevalent norm that the NBFC-MFIs must give 85 per cent of their loans without any security. Why can’t some loans, depending on the purpose for which they are being given, be secured? Universal banks give priority loans to the weaker sections of society but not all such loans are unsecured. The tenure of the loan, now capped at two years, also needs to be raised for bigger loans if we want to change the poverty landscape. 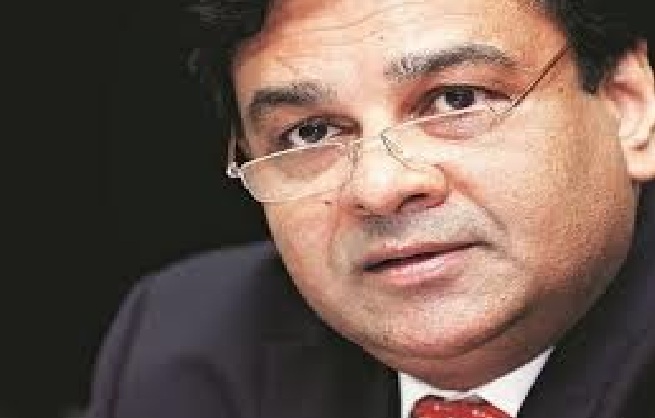