In April 2009, when Kundapur Vaman Kamath stepped down as the managing director (MD) and chief executive officer (CEO) of ICICI Bank Ltd, India’s largest private lender, he said he would spend his time learning the liberal arts, watching Formula 1 car races, and playing with his grandchildren.
Those who know Kamath well did not take him seriously.
They were right.
Two years later, in August 2011, Kamath took over as chairman of Infosys Ltd when the company was going through one of its toughest times, facing intense competition from its peers. Analysts were getting ready to write it off.
Last week, Kamath, now 67, was nominated by India as the president-designate of the New Development Bank, a multilateral institution set up by the BRICS group—Brazil, Russia, India, China and South Africa. The appointment becomes effective when he frees himself from his current assignments—apart from everything else he does, the man is non-executive chairman of ICICI Bank and Infosys.
In a statement on Friday, Kamath said: “I am honoured and humbled that the government of India has nominated me as the first president of the New Development Bank. I look forward to the establishment of the bank and commencement of its operations in the service of the BRICS nations.”
Could there have been a better candidate than Kamath, known as KVK in financial circles, for the BRICS job? Probably not. The indisputable guru of retail banking in India—news of his appointment prompted jokes on social media about how administrators in Brazil had started receiving calls asking them whether they needed loans—Kamath was instrumental in transforming a development finance institution that was struggling for survival into a technology-savvy, successful, universal bank.
There are a few bankers who have Kamath’s vision.
There are almost none who combine that vision with impeccable execution.
Then, there are his negotiating skills, an urban legend in corporate circles. If not for him, the story goes, the battling Ambani brothers would have taken longer to settle. He is also acceptable to parties of all hues, largely because it is difficult for anyone to dislike a gentle giant who is incurably bullish about India. Even in the worst of times, when the economy faltered in the aftermath of the collapse of US investment bank Lehman Brothers Holdings Inc., Kamath refused to accept the official growth figures, and instead spoke about different components of growth—the counted growth and the uncounted growth. “There is an uncounted part of growth because measures that we have to record growth don’t seem to be accurate,” he said.
The early years
Kamath is a banker by accident. When he was young, his ambition was to manage and grow his father’s roof tile business near his ancestral village, Kundapur, some 114km from Mangalore.
In 1971, when he joined as project officer at the erstwhile ICICI Ltd on a monthly salary of Rs975, armed with an engineering degree from Karnataka Regional Engineering College in Surathkal and a postgraduate diploma in business administration from Indian Institute of Management Ahmedabad, he did so with the idea of spending a couple of years at the development finance institution to pick up the nuances of business and finance and going back to run his family business. His father, who later became the mayor of Mangalore, was more interested in politics than business.
But the excitement of channelling institutional finance to build business in India in the days of the licence raj was infectious. Kamath remained with ICICI for 17 years, working virtually in every department—strategy, planning, treasury, leasing, even as executive assistant to S.S. Nadkarni, fifth chairman of ICICI and Kamath’s mentor—before he joined the Asian Development Bank (ADB).
The blueprint for the new ICICI was drafted in Jakarta in 1995 when Kamath was working with the Bakrie group in Indonesia to help the conglomerate consolidate its operations. Narayan Vaghul, then ICICI chairman, asked Kamath to return and take over the institution, and Kamath returned to the fold in April 1996. The task before him was formidable.
ICICI, the project finance institution, was crumbling under huge asset-liability mismatches, both in terms of maturity and interest rate, and the only solution was to convert it into a bank. Kamath piloted the transformation in 2002 with aplomb and created the retail market rapidly. Employees of ICICI Bank still recall his 90-day rule—a project had to be abandoned if it could not be accomplished within three months of conception.
Kamath’s belief is that the external environment changes so fast that if a project takes more than three months, it loses its relevance. When ICICI planned its American Depositary Receipt, or ADR, in 1999, investment bankers wanted a one-year time frame. Kamath did it in 74 days. The ICICI Bank ADR took even less time.
Of course, he has his detractors. Many believe that his love for speed and scale (Chinese banks are his model) comes with inherent problems, which is why, after taking over the mantle from him, the bank’s current MD and CEO Chanda Kochhar had to focus on consolidation, shrink the balance sheet and withdraw from many global markets.
Some observers snidely call him a “cowboy banker”. The sobriquet doesn’t bother him. He once told this writer: “Every bank in India has in a way tried to emulate what ICICI Bank did. There could certainly have been a difference in the pace because we believed in seizing leadership by maintaining a pace which is faster than others… Indeed, you diversify into certain businesses and if you are a pioneer, it is likely that you will hit a bump and I think indeed we have hit bumps in several businesses. You need to make allowances for certain challenges that will arise as a pioneer and I think these are part of the equation.”

Building BRICS
Kamath’s understanding of project financing will come in handy at the BRICS bank, but the key to his and the new bank’s success will be his leadership and diplomacy. The bank is the first multilateral funding agency for emerging market economies, marking the beginning of a gradual shift of economic power to the developing countries. The BRICS countries account for roughly 20% of the world’s gross domestic product and 42% of its population.
The bank will have a corpus of $50 billion contributed in equal measure by its five members. In the first seven years, it will have $10 billion in cash and $40 billion in guarantees. In addition, there will be a currency chest of $100 billion to take care of emergency cash requirements of member countries. China’s contribution will be the largest at $41 billion and that of South Africa the smallest, at $5 billion. Russia, India and Brazil will contribute $18 billion each.
An agency such as the BRICS bank, which will focus on funding infrastructure projects in developing economies, is great news for India, which requires around $1 trillion of investment in infrastructure. Its own banks are saddled with bad loans and the long-term project financing market is virtually non-existent.
But it will not be a cakewalk for Kamath—he will need all his diplomatic skills, and then some, to manage China. As the largest contributor to the reserve pool, China is already in the process of setting up the Asian Infrastructure Investment Bank, or AIIB, to offer finance to infrastructure projects in Asia. It will be interesting to see how the BRICS bank and AIIB—which is touted as a rival to the International Monetary Fund, the World Bank and ADB—cohabit the same space without competing with each other. AIIB was proposed by China in 2013 and launched in Beijing in October 2014; most Asian countries have joined the bank.
As a leader, Kamath loves challenging the status quo. When I first met him in 1996 on the day he took over as MD of ICICI, I found the 6ft-2-inch banker to be a tall man. Since then, he has grown taller in stature in the Indian financial and corporate sector. It is likely he will now do the same in global financial circles. 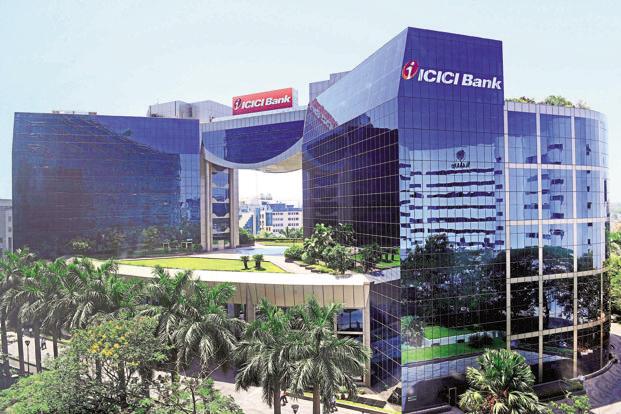