On 2 October 2014, Prime Minister Narendra Modi launched Swachh Bharat Abhiyan—India’s biggest ever cleanliness drive. Around three million government employees and students of schools and colleges participated in the event to clean the streets, roads and other infrastructure in Asia’s third-largest economy.

A year later, Raghuram Rajan, governor of India’s central bank, steered a similar drive to clean up the balance sheets of the country’s commercial banks. In the five months between August and December 2015, the Reserve Bank of India (RBI) inspected their loan portfolios with a toothcomb and asked them to make provisions for three types of assets: non-performing assets, or NPAs, that were earlier not recognized by them; loans given to various projects, where the dates of commencement of commercial operations have passed but the projects have not yet taken off; and loans which have been restructured. The banks were given the freedom to make provisions in two phases for the December and March quarters of fiscal year 2016, at least 50% each.

Here is the result of this:

Barring one, Dhanlaxmi Bank Ltd, all listed banks in India had announced their earnings for fiscal 2016 by Friday. In the March quarter, 15 out of 25 public sector banks announced net losses. As a group, the public sector banks posted Rs.23,493 crore loss against a net profit of Rs.8,500 crore in the year-ago quarter. Not a single private sector bank posted a loss in the quarter even as their collective net profit dropped 14%—from Rs.10,254 crore to Rs.8,807 crore. Comparable data for India’s newest bank IDFC Bank was not available. Overall, 38 listed banks posted a loss of Rs.14,686 crore against a net profit of Rs.18,754 crore in 2015 March quarter.

Many of the public sector banks have posted losses for two successive quarters and, as a result of this, 13 of them ended the fiscal year with net losses; nine of them have reported profits, but their earnings in the year ended 31 March are lower than what they had recorded in the previous fiscal. Only three state-run banks reported a rise in net profits. Bank of India’s annual loss has been Rs.6,089 crore and that of Bank of Baroda, Rs.5,396 crore. Among the private banks, barring three, all have posted higher net profits in 2016 compared with the previous year.

The reason behind the hefty losses for many and a sharp drop in profits for others is higher provisions—the money they had to set aside to take care of their NPAs or bad loans. Data collated by Ashwin Ramarathinam of Mint’s research bureau shows the pile of provision made by the banking system has risen 87% in 2016—from Rs.93,698 crore to Rs.1.75 trillion. Both private and public banks have been aggressive in making provisions, and yet most private banks were able to make decent profits because they continued to earn higher interest income as well as fee income—something which their rivals in the public sector have not been able to do. I am dealing with that issue a little later.

The gross bad loans of these 38 listed banks rose 95% in one year—from Rs.3.09 trillion to Rs.5.8 trillion. Of this, in the March quarter alone, bad loans rose by almost Rs.1.5 trillion, after adding close to a trillion rupees worth of bad assets in the December 2016 quarter. The public sector banks account for around 90% of the bad loans, although their market share of banking assets is around 70%. State Bank of India’s gross bad loan is close to Rs.1 trillion. Punjab National Bank comes a distant second at Rs.55,818 crore, followed by Bank of India at Rs.49,879 crore and Bank of Baroda at Rs.40,521 crore.

After setting aside the money, the net bad loans for this set of listed banks more than doubled in 2016—from Rs.1.67 trillion in fiscal 2015 to Rs.3.38 trillion. Here too, the public sector banks’ share is more than 90%.

This is the most worrying aspect of bank earnings in fiscal 2016. Scared of piling up bad assets, many public sector banks have stopped giving loans and started shrinking their balance sheets. While, collectively, the loan book of 13 listed private banks has grown 22.40% in 2016, that of 25 public sector banks has grown 2.73% and at least eight state-owned banks have shrunk their loan books. Uco Bank’s loan portfolio has shrunk by 15% and that of Bank of Baroda, more than 10%. Bank of India, Indian Overseas Bank and a few others feature in this list.

This is a vicious cycle. Once a bank decides not to give fresh loans fearing rise in bad assets, its interest income shrinks and that hits its profitability and ability to provide for bad assets.

Even though both the government and the Reserve Bank of India have put up a brave front and claim that all is well on the capital front, quite a few Indian banks will soon face the music. Since they are not making profits that could be ploughed back to bolster their net worth, they will not have enough capital to be able to lend. As on 31 March, 25 listed public sector banks had Rs.55.4 trillion of loans on their books, and about 10% of the amount, about Rs.5.3 trillion, are gross bad assets. Once we add the restructured loans and those loans that had been written off, the total stressed assets could be at least 20%.

The key question here is: is the worst over for Indian banks?

There is no unambiguous answer. State Bank of India boss Arundhati Bhattacharya has given us a clue to interpret the status. Announcing the bank’s earnings last week, she said her bank has identified and kept Rs.31,352 crore worth of risky loans on a “special watch”.

As much as 70% of these loans could end up becoming bad, but if the economy improves, then only 30% could turn bad.

Many have been taking heart from the fact that Indian banking system had gone through worse period in early 1990s when bad assets were even higher. If it could pull it off then, why worry now? Looking back at early 1990s will surely make us feel courageous, but it may not be an ideal comparison. The risk is far higher now as the banks’ exposure to loans is much more than what it was in the early 1990s, with the reserve requirements steadily coming down.

For example, in 1992 and early 1993, Indian banks’ mandatory bond-buying, or the so-called statutory liquidity ratio (SLR) was 38.5%, which came down 31.5% in 1994. Similarly, banks’ cash reserve ratio (CRR), or the portion of deposits that the commercial banks are required to keep with RBI, was 14.5% in 1993 which rose to 15% in 1994. Currently, banks have 21.25% SLR and 4% CRR. This means, banks could not lend more than 47% of its deposits in 1992 but now it can lend as much as 74.75%. So, even if the bad loans do not cross the early 1990s level in percentage terms, the risk to banks’ balance sheets is far higher today as a much larger portion of their resources is being used to give loans. Fears of a collapse are indeed exaggerated as these banks are backed by the government but living in a denial mode may not be wise. Many state-run banks are swimming naked now. 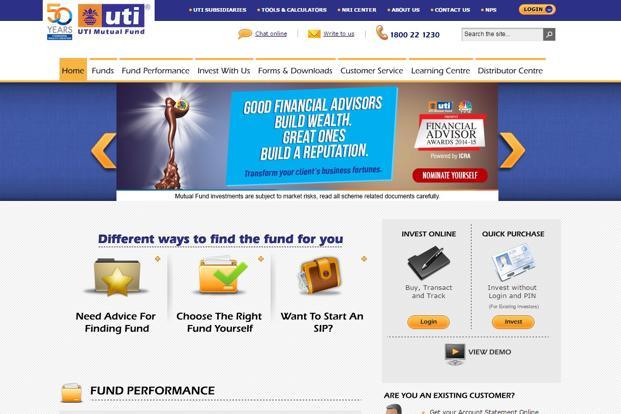