The new companies law has come into effect from 1 April. Section 71(4) of the law requires every company that issues debentures to create a debenture redemption reserve (DRR) account out of its profits. Such an account can only be be utilized to redeem debentures.

The corpus of DRR should be at least 50% of the amount raised through debentures before redemption starts. For instance, if a company is now raising non-convertible debentures (NCDs) worth Rs.1,000 crore for, say, 18 months, it will have to set aside Rs.500 crore out of its profits to create DRR on 31 March 2015. In other words, its distributable profit will get reduced by Rs.500 crore.

Also, under the new norms, every company shall, on or before 30 April of each year, invest or deposit, a sum not less than 15% of the amount of its debentures maturing during the fiscal ending next March. This can be done in the form of deposits in banks or government or corporate bonds. This amount cannot be used for any purpose other than redeeming debentures maturing during the year.

The twin norms will play havoc, particularly with non-banking finance companies (NBFCs) who raise money continuously to lend to borrowers. On the one hand, the creation of DRR will hit their profits and, on the other, the condition of investing or depositing 15% of the value of debentures maturing during the year separately in the beginning of the year will push up the cost of funds.

The 15% mandatory deposit with banks or investment in bonds will work on the line of banks’ statutory liquidity ratio (SLR), or the compulsory bond holding, currently at 23% of deposits. For instance, if Rs.1 trillion at an average rate of 9.5% is due for redemption in fiscal 2015 for an NBFC, it needs to invest Rs.15,000 crore and may not earn a return of 9.5%. On top of that, the funds available for the NBFC to carry on business also shrinks to Rs.85,000 crore.

The size of the bond market gives an idea of the implications of the new norms. Rs.2.40 trillion worth of bonds were issued in fiscal year 2013-14 through private placement, a year when the economy grew at less than 5%, according to Prime Database, a Delhi-based bond market tracker. In the preceding financial year, bonds worth Rs.5.91 trillion were issued.

Even if one considers conservatively that in 2015 bonds worth Rs.2.5 trillion will be issued with an average maturity of five years, the bond issuers will have to create a DRR of about Rs.25,000 crore each year. The arithmetic is quite simple. A total of Rs.2.5 trillion with an average term of five years would mean Rs.50,000 crore per year. At 50% requirement, Rs.25,000 crore would need to be set aside out of the profits of companies before payment of dividend. This will impact not only the private sector but even public sector companies such as Power Finance Corp. Ltd and Rural Electrification Corp. Ltd.

The top six NBFCs and housing finance companies collectively had outstanding bonds of about Rs.3.7 trillion on 31 March 2013. I don’t have the March 2014 data. Assuming an average maturity of five years, they will need to provide a DRR of Rs.37,000 crore every year. The combined net profit of these NBFCs for 2012-13 was Rs.16,394 crore .

While this will wipe out their profits, setting aside 15% of the funds to be redeemed in the next one year will push up the cost of funding and, in turn, the loan rates of NBFCs.

It is not clear at this point whether the new norms will apply to outstanding bonds or future issuances. For the record, the pile of outstanding bonds issued by firms, including NBFCs and financial institutions, is to the tune of about Rs.8.07 crore.

On the face of it, it seems that this particular clause has sneaked in inadvertently. If indeed that is the case, it needs to be dropped. The earlier Companies Act of 1956 exempted the creation of DRR for privately placed debentures, which constitute the largest part of the corporate bond market. Up to 49 people or entities invest in privately placed debentures as opposed to public issues where there is no limit on the number of investors. In fiscal 2014, there were private placements worth Rs.2.4 trillion against Rs.42,000 crore worth of public issues. At a time when we are talking about deepening the debt market, the new norms may end up killing it.
New bank licence: A joke?

A little over four years after former finance minister Pranab Mukherjee promised to open up India’s banking sector for a new set of private firms to spread banking in Asia’s third largest economy where only 35% of the adult population has access to formal banking services, the Reserve Bank of India (RBI) last week granted two in-principle approvals. Many, including the consultants who helped the banking aspirants draft business proposals, are finding it difficult to stomach the “joke”.

Has the banking regulator been too conservative in approach? Or, are most of the applications not worth looking at? It seems to be a combination of both. While RBI has played safe, many applications were weak and applicants do not have an impeccable track record. For instance, one entity was found a loan defaulter while another was once penalized by the US Securities and Exchange Commission. And, there have been court cases and investigation by various agencies against many of them. In the end, one in every 12.5 applications has been found fit and proper to float a bank. With RBI planning to revise the guidelines and offer banking permits on tap, one hopes that many entities will be encouraged to apply again. 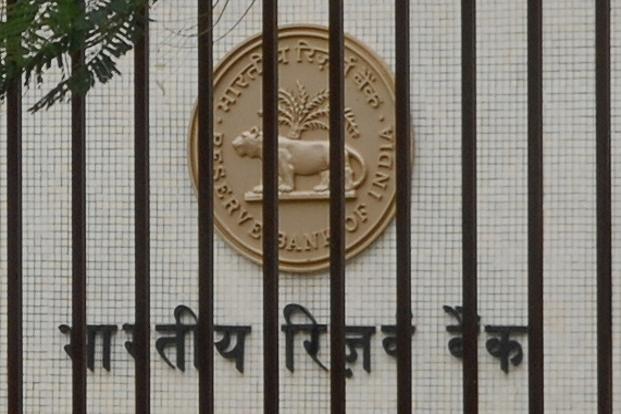