A recent report by Credit Suisse Group AG pointed out that exposure to 10 large industrial groups constitutes 13% of the entire Indian banking system’s loan assets.
This means the concentration risk for the Indian banking system is rising. It’s not alarming if seen in isolation. If one looks at the other side of the story—the growing bad assets of banks—the system’s vulnerability becomes apparent.
The bad assets of Indian banks grew 46% in the fiscal year ended March 2012, nearly three times the pace of their loan books (17%). Add to this restructured assets and you know how grave the situation is.
As on 31 March, gross non-performing assets (NPAs) of the banking system amounted to Rs 1.37 trillion and restructured assets Rs 2.18 trillion.
If all restructured assets turn bad, then gross NPAs as a percentage of loans assets jump from 2.94% to 7.61%. This will not happen. By the Reserve Bank of India’s estimate, about 20% of restructured assets generally turn bad. If indeed that happens, the gross NPA ratio rises to 3.87%, and if 30% of the restructured assets turn bad, it reaches 4.34%.
This is bad news. There has been a secular decline in Indian banks’ bad assets since fiscal year 1997, when they amounted to 15.7% of loans. The percentage of bad assets declined to 2.4% in 2008. Since then, it has been rising—to 2.45% in 2009, 2.51% in 2010, and 2.94% in 2012.
Hemant mishra/Mint
In absolute terms, banks’ bad assets have doubled in three years between 2009 and 2012—from Rs 68,216 crore to Rs 1.37 trillion. During this period, the quantum of restructured assets has nearly trebled, from Rs 75,946 crore to Rs 2.18 trillion.
And both the bad assets as well as the restructured assets rose even further in the June quarter. I don’t have the restructured asset figures. The gross NPAs of listed banks rose from Rs 1.32 trillion in March to Rs 1.49 trillion in June. This means that for the entire industry, gross NPAs would have crossed Rs 1.5 trillion, as this figure does not include the bad assets of unlisted private banks and foreign banks.
In percentage terms, at least four banks now have more than 4% gross NPAs, led by the nation’s largest lender State Bank of India (4.99%, Rs 47,156 crore, up from 3.52% and Rs 27,768 crore a year ago).
Bad assets in the coal, iron and steel, mining, construction, textiles and aviation sectors have been on the rise. Bankers are seeing stress in telecom and power sectors, too, but the gross NPA level in these two sectors is around 0.5% only. This means the bad assets of Indian banks can rise further as banks have hefty exposures to telecom and power, and neither of these sectors is in the best of health at this point in time.
The biggest beneficiaries of loan restructuring are large industrial houses in the manufacturing sector—8.24% of loans given to industries have been recast. In the services sector, the comparable figure is 3.99%, and in agriculture loans, 1.45%.
This makes it clear that small borrowers affected by the economic slowdown have not got a respite from loan servicing, but the large industrial houses have gotten one. It’s a win-win situation for both borrowers and banks; banks need to set aside very little money for restructured loans, and to that extent their profitability is not hit by provisions needed for bad loans.
Indeed, net NPAs, or bad assets after provisions, are not very high. At end-June, for listed banks they were close to Rs 72,000 crore, and only one bank (Central Bank of India) had more than 3% net NPAs.
But this is small consolation. As banks need to set aside money to bring down their net NPAs, the growth in their capital gets stunted and that affects their ability to expand loan assets. Besides, as they need to provide for bad assets to bring them down, their ability to price their loans competitively also gets affected.
Public sector banks account for about 70% of the Indian banking industry, but when it comes to restructured assets, their share could be at least 90%. Consider these figures: while the entire banking industry has restructured 4.68% of loans till March 2012, public sector banks have recast 5.73% of their loans. The comparative figure for private banks is 1.61%, and foreign banks, 0.22%.
In the past three years, the restructured loans for public sector banks have grown at a compounded annual growth rate of close to 48% while their loan books have grown at 19.5%. For private banks, credit has grown at close to 20% while restructured loans have grown at 8.12%.
Why are public sector banks more vulnerable than their peers in the private sector? There are several reasons. Since many of them have large balance sheets, their ability to lend to different industries is more than that of most private banks. Their credit appraisal process seems to be weaker than their counterparts in the private sector; they do not pay market-related salaries and hence cannot attract people with the requisite expertise. Finally, when it comes to giving loans, they are also susceptible to pressure from politicians and bureaucrats.
Indeed, loan recasts are a global phenomenon, pioneered by the Bank of England through the so-called London Approach in the 1970s, which was later modified in the 1990s. The objective is prevention of liquidation of companies hurt by external developments, with the pain shared equally by the companies and their bankers.
But the Indian context is different. There is no bankruptcy law here and the banking system seems to be suffering more than the borrowers. 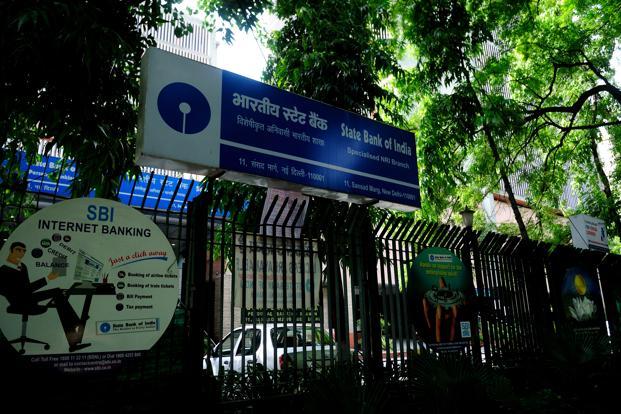